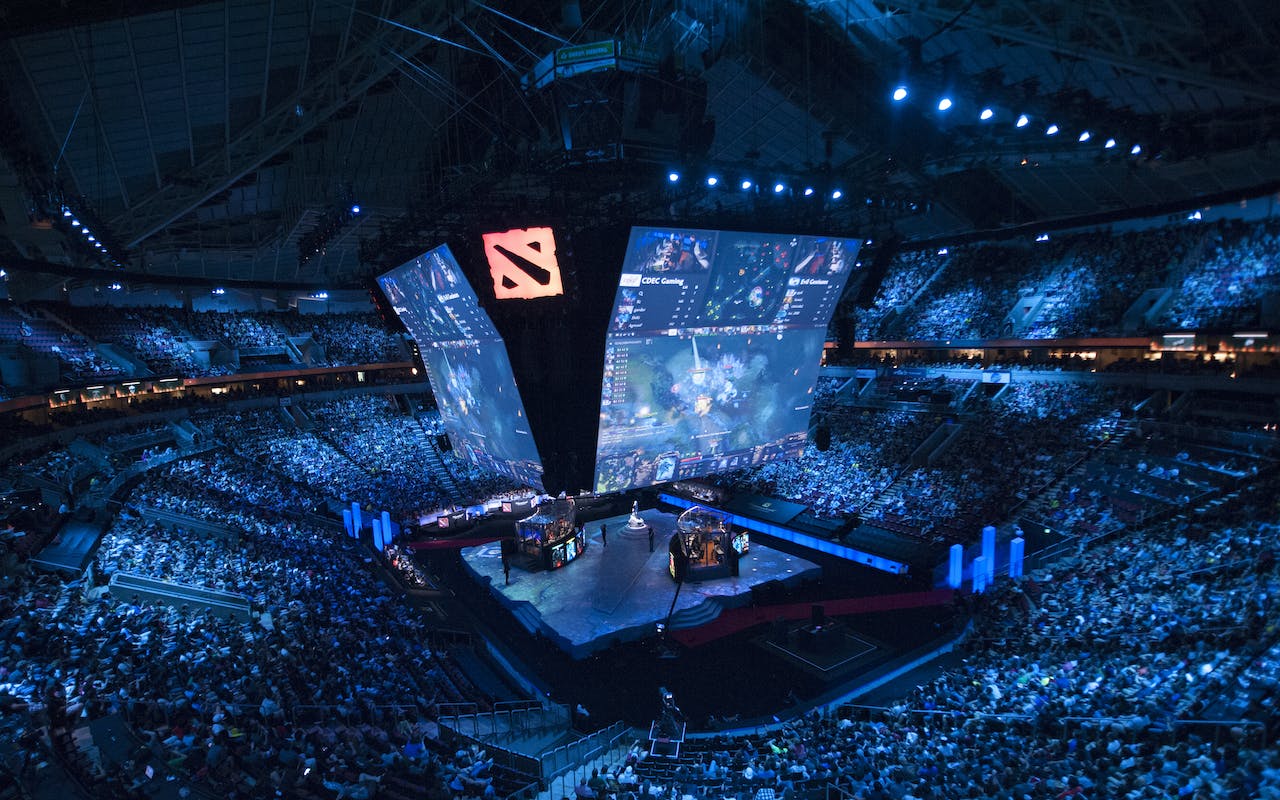 The worlds of entertainment and sport have always been closely linked

ESPN fuses the two in its programming and events like the ESPY Awards. The NFL halftime show is the biggest concert of the year, and now video game competitions, called esports, are making their way into venues owned and operated by professional sports teams. In the last year, venues like LA’s Staples Center and Brazil’s CBLOL Studio announced esports tournaments that sold out within an hour.

If you’re not hip to the phenomenon of esports, you’re not alone. The revelation that people can and will watch each other play video games is rather new. The business world took notice in 2014 when Amazon acquired a company called Twitch for nearly $1B in cash. Twitch provides a platform for gamers to watch other gamers compete online. The company, and other platforms like it, threw gasoline on an esports market that was already on fire across the globe.

At the Sports Innovation Lab, we are fascinated by the potential growth of this market and ready to help brands, teams, leagues, and federations think about how esports can help grow existing properties and boost revenues. Technology plays a large role in all of our discussions. It’s hard to discuss the future of sport now without addressing where esports fits in the equation.

It might seem like esports developed overnight, but it is a successful offshoot of a $100B video game industry.

Esports, at its core, is a marketing tool for the video game industry. Game publishers moved from passively supporting competitive gaming to deliberately engineering games that would be successful as esports. They also took aggressive moves to switch from physical to digital distribution and used successful free-to-play models where players are provided the game at no cost and are lured into in-app purchases that can generate billions for successful games.

Esports’ marketing success gives birth to new media and events businesses. Esports is perceived as a distinct business, or emerging industry, because the marketing efforts have translated into large audiences online and at venues:

Ticket sales for esports continue to surge. Surveys have shown that more than half of esports fans earn over $50k/year. In one survey, 60% of respondents said they were “willing to travel to see their favourite games, tournaments and players.”

Esports fans are a diverse and hard to reach demographic. Women make up 38% of the esports fan body, per Mindshare, and there are higher levels of minorities among eSports fans than gamers a whole. Twitch was bought by Amazon in part because of the “large number of young males, which represent the most difficult demographic to reach, provides an extraordinary opportunity for Amazon beyond the gaming culture in general."

Does Sport Have an Esport Opportunity?

Because there are so many similarities in esports and sports business models, the professional leagues, teams, and federations are all eyeing esports as a potential area for global expansion and new revenue. Is this a good use of their time and financial resources?

Today, esports video game publishers make most of the money. The top five esports are owned by three companies, and each game produces millions of dollars in revenue per month. Activision-Blizzard cleared $1.5B in revenue in Q3 2016 largely due to the success of eSports title Overwatch. Valve was reportedly earning $18MM per month on its hit eSports game DOTA 2, and is estimated to have earned over $400MM from its Counter-Strike franchise. Electronic Arts’ created its “Ultimate Team” feature for its FIFA games, which “has become one of its biggest successes, as it now generates around $800 million in annual net revenue.” With so much power locked up by the publishers, it’s tempting to say esports isn’t a business opportunity for professional sports. That said, there are a number of factors that make esports a very attractive growth strategy for professional sports brands.

The Case for Sports Esports

Esports teams are comprised of elite athletes. There is a growing body of work and appreciation for the skills, reaction time, and career span of elite gamers. The sports industry understands how to scout, develop, and compensate individual athletes.

Esports is a media business. Esports draw big audiences and big sponsorship. This is good news for the professional sports world, which knows how to develop athletes, promote events, sell rights, and produce media.

Sports game franchises are established and sell well. Sports video games have existed since the inception of the video game industry, and many of them have been massively successful. In 2013, Madden (Electronic Art’s NFL game) turned 25 years old. In those 25 years, the company had sold more than 100 million copies and generated more than $4B in revenue. FIFA was the bestselling game of 2016, even the unlicensed Wii Sports sold nearly 83MM copies as of late 2016.

Sport venues will host these future sold out events. Despite the single-purpose esports venues being developed, large esports audiences will rely heavily on the same venues that traditional pro-sports use. These venues will need to update their technology to suit the needs of esports, but these changes will align with trends in live fan experiences.

There is a lot of opportunity to grow. Despite the sales volumes of games like Madden and FIFA, sports video games have not been able to emulate the massive growth of other esports games. Madden NFL 2017 ranks 42nd in eSport prize pools, with FIFA 13 coming in at 48th as the next most successful “sports eSports” game by prize pool. This means there’s still a lot of room to cultivate esport competitions around large audiences of gamers.

Significant Barriers Are In Place

Publishers don’t share their data. Industry data on esports as a whole may be making headlines, but actual case studies of successes and failures within the industry are few and far between. This lack of visibility is due to the fact that a handful of large companies currently dominate the field, and they have little incentive to share what they know. Twitch is very tight lipped about its numbers, and much of this has to do with the fact that there is still debate over what constitutes something as simple as “a viewer.” A deeper dive into Metacritic is even more telling. Metacritic aggregates a list of the most highly rated video games of all time, and the only sports title in the top 20 list was made in 2000. The next sports title ranks in at 53rd and was produced over 14 years ago. According to the same list, Nintendo just produced the 12th best game ever made (Zelda: Breath of the Wild for Switch, released March 2017). The state of gaming as both art form and commercial venture is obviously quite healthy. Esports gamers don’t like sports games as much as other games.

At the turn of the millennium there were more than ten major publishers producing licensed sports games across multiple leagues. This included industry heavyweights like Nintendo and Microsoft. Today, only three publishers share all of the major leagues’ licenses. When comparing today’s sports games to those of roughly 17 years ago, we can see that there were significantly more licensed games within each league that competed with one another for the consumer’s dollar. The NBA and 2K are pushing the convergence of sports and esports. In light of the fact that EA has delayed or canceled an NBA game four times over the past seven years, the tech-forward league has put their faith back in 2K. The NBA is capitalizing on the investments teams like the 76ers and Miami Heat have made in eSports teams by providing team owners an opportunity to have their eSports teams compete in a tournament centered around the NBA 2K franchise. As of now, over half the NBA has announced that they plan to field eSports teams in this new league. Figure 4: In 2018, Most NBA Teams Will Participate in the 2K Esports League

One league and one game won’t drive esports growth. It’s great that the NBA is breaking away from the EA chokehold, but they still have a lot of work. 2K currently has a lot to prove against EA, and thus their incentive to create a great game is currently quite high; however, even with this improvement, the basketball video game genre is not experiencing the same level of competition as the FPS or RTS esports genres. Leagues and teams need to demand more visibility. There is no data that shows esports fans are not also sports fans, and there is a strong alignment in business models around the media business of professional sports and esports, but for the sports industry to take a larger piece of the future esports market bold steps need to be taken.