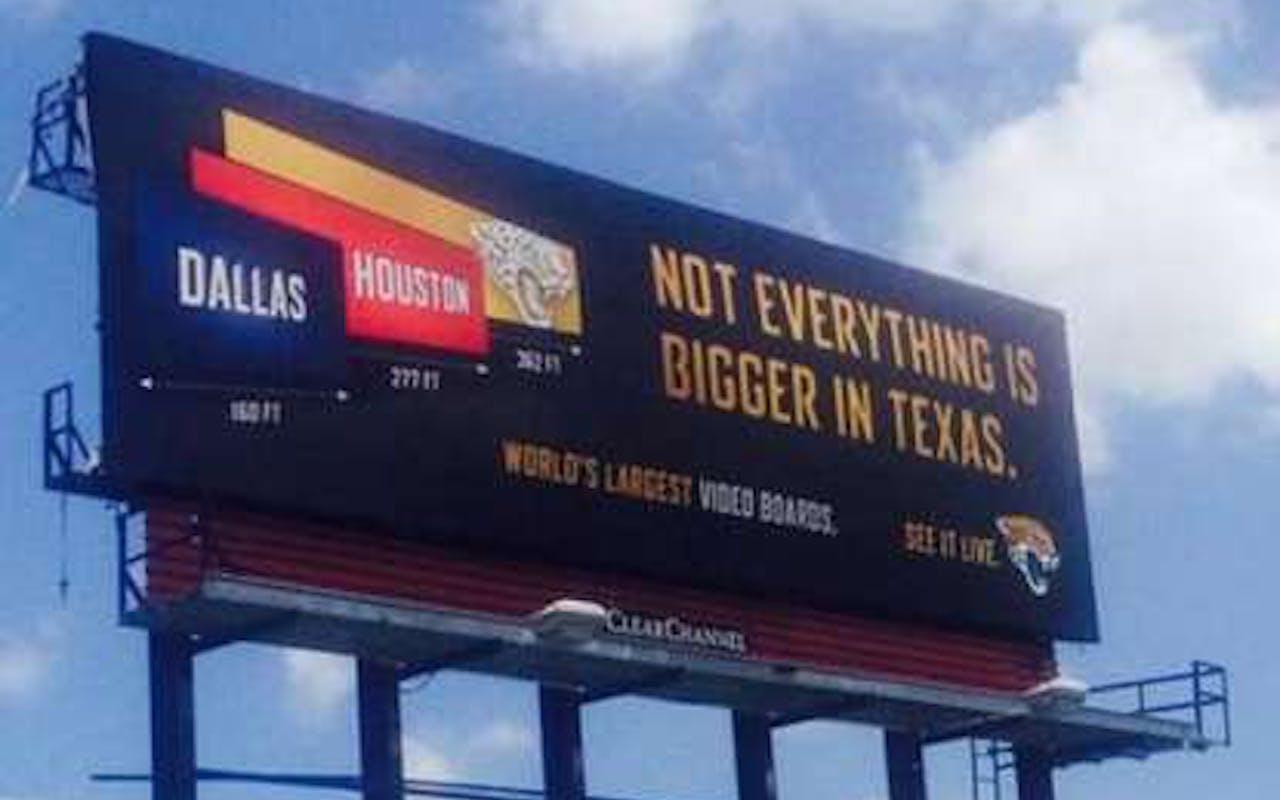 For more than 30 years, no technology has played a more important role in the evolution of the stadium experience than the video board. Now frequently referred to as “Jumbotrons” (in a “Kleenex-ization” of Sony’s original trademark), these boards are venue centerpieces, displaying everything from replays and highlights to advertisements and fan-favorite shots of the crowd. Some venues have one video board, others have several. And just like the TVs we have at home, the conventional wisdom is that “bigger is better.” This graphic, periodically updated by Daktronics (one of the largest video board manufacturers), compares the dimensions of NFL stadium video boards. If you look to the bottom right, you’ll see a rectangle representing the Baltimore Ravens’ “RavensVision” video boards of which there are a pair at M&T Bank Stadium (soon to be upgraded). The boards were installed in 2010 and each measure 24’ by 100’.

Now look to the middle of the graphic – you’ll see a rectangle representing the 27’ by 192’ video boards installed during the renovation of Lincoln Financial Field (home of the Philadelphia Eagles) in 2014. Then, higher in the list, the San Francisco 49ers’ Levi’s Stadium boards, each measuring 48’ by 200’ for a total of 9,600 square feet per board. And still higher, second from the top, the 62’ by 362’ boards unveiled by the Jacksonville Jaguars at EverBank Field just 9 days after the opening of Levi’s Stadium.

While EverBank’s video boards are more than twice the size (22,444 sq. ft. vs. 9,600 sq. ft.) of the Levi’s Stadium boards, they’re about to be dwarfed. When Mercedes-Benz Stadium opens later this year as the new home of the Atlanta Falcons, its 360-degree “halo board” will measure 59’ by 1,075’ for a total of 62,350 sq. ft., just shy of three times larger than each board at EverBank. And while physical size isn’t everything – resolution (the number of pixels in a display) and pitch (the distance between each pixel) both play a significant role in determining visual quality – it’s hard to immediately see how stadium video boards can get much larger.

In the end, the video board is a rather blunt instrument. All content displayed on the board is visible to all fans that can see the board. Assuming there are many different fan segments viewing the board – from super fans to casual fans to one-and-done visitors, for example – the viewing experience is likely going to be great for some, poor for others and good enough for most.

Now consider how the evolution of augmented reality (AR) is beginning to allow not just each segment, but each individual within each segment to use their smartphone to “see” video board content in the most personalized way possible. Micro targeting vs. macro targeting. Consider as well the offerings from Brizi and Fancam, both of which allow fans to take their own “I was on the big screen!” snapshots without even needing a big screen.

Disruptive innovation theory suggests that when customers begin to feel they’re paying for things that don’t matter to them, they begin to look for alternatives that help them achieve the same outcomes. In this case, a small but growing portion of young fans seeking excitement might decide to stay home to watch the game or turn to Twitch to enjoy eSports because the low cost of both makes the “excitement gap” acceptable.

So it’s worth wondering just how much of a return venue owners and operators realize by continuing to play this game of video board one-upsmanship. Perhaps the incremental dollars required to purchase the best video board would be better invested in a “good enough” video board and then in reducing the various costs fans incur to attend events in person (e.g. high ticket prices, expensive food, long lines, transportation hassles). Over time, what will put more fans in the seats and drive more revenue? The highest tech video board accompanied by a high cost to attend? Or a good enough video board accompanied by a lower cost to attend?