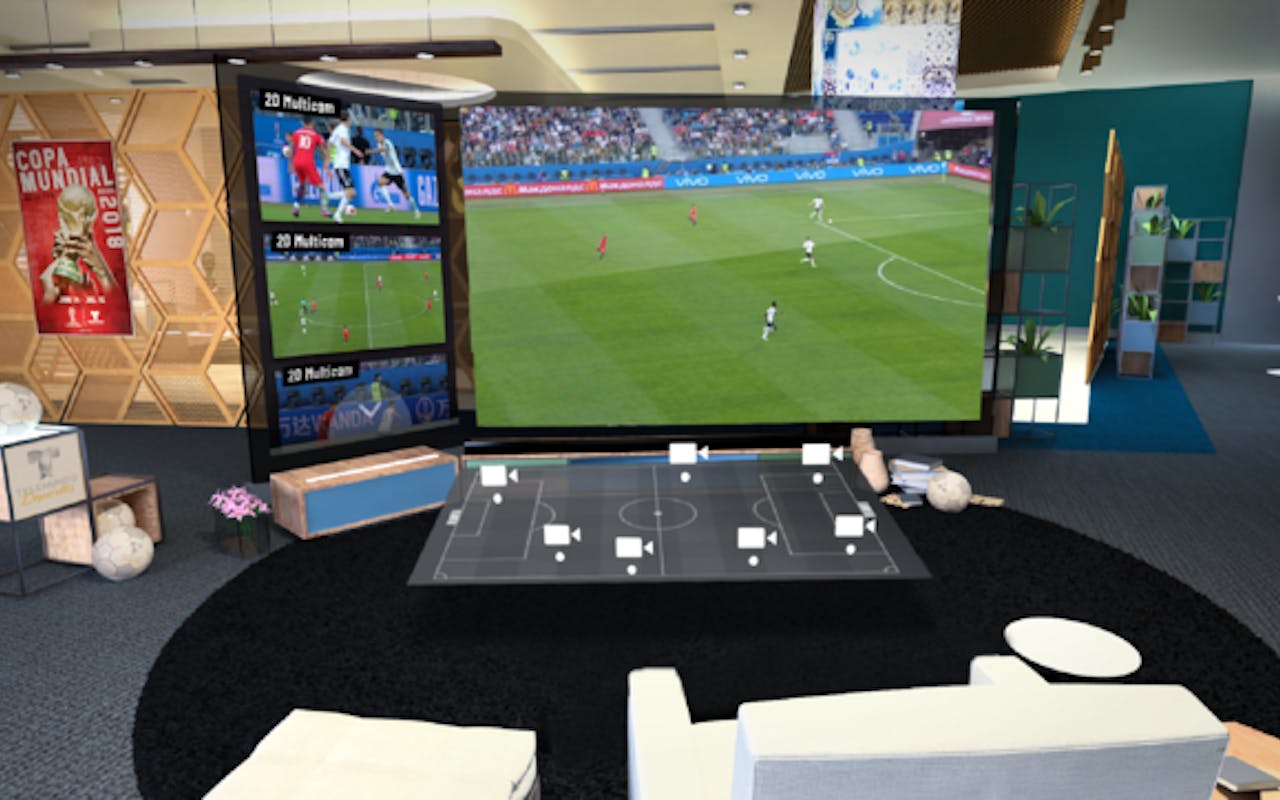 Sometimes, in its eagerness to look for the biggest, boldest, newest technologies in sports media coming in the future, the industry ignores the platforms and content that continue to push forward Immersive Media capabilities that are available to us right now. Innovation doesn't always need to involve complex new technology; sometimes success is a matter of creative deployment that leverages existing features and affordances.

In our Immersive Media report, we detailed the three essential criteria for what makes media Immersive: it must be social, accessible, and interactive. Here are two new Immersive Media engagements we've seen, and how they fare along our criteria.

Budweiser is renewing it's Man of the Match voting engagement for the World Cup matches in Russia. Twitter users will be able to vote at the end of the match on Twitter for the official Man of the Match—a break from the standard method which has only members of the press voting. This engagement is part of a larger, more orchestrated content play on the social media platform, including a daily live show produced by Fox Sports from Moscow.

Twitter has refined it's social media platform over the years to include interactive systems like voting, and the platform allows users to easily feel included as part of something much larger than themselves. Their voting system is enmeshed with their standard conversational messaging, which allows the experience of voting to also be about connecting and conversing with other voters.

Twitter voting is easy as a click, and the platform is everywhere. Smartphone adoption worldwide is substantial, and our pocket devices remain the easiest way to use Twitter. For a global sporting event like the World Cup, to be able to deploy Man of the Match voting across the world matters, and Twitter's easy accessibility makes that possible.

Twitter interaction is limited, but there. As everyone who has mindlessly pulled down on the elastic top of their feed to refresh knows, the Twitter platform affords some engagement. Add to the mix the opportunity to vote for a Man of the Match, and you've got another layer of interactivity. It's not the deepest interactive experience, but it is sticky.

Telemundo Deportes is putting focus onto digital activations by way of their En Vivo and Fox Sports VR smartphone apps. Telemundo is livestreaming all 64 matches, and producing mobile VR streams of all the matches as well. In the release, NBCUniversal announced that the VR App "will allow users the ability to enjoy all 64 games via a virtual VIP suite through a super-wide angle feed. The technology of this virtual reality experience will make viewers feel as if they are at the stadium, while still keeping up with every second of the action through a high-quality TV signal during the entire match." Images of the VIP suite suggest that VR users will be in a simulated screening room, not unlike some VR deployments at the PyeongChang Winter Olympics. We'll have to see how the deployment plays out once the tournament starts.

In addition to VR, Telemundo Deportes is leaning-in to other digital activations including custom emojis in partnership with Sportsmania, musical gifs with Gifnote.com, and an interactive bracket.

Social engagement in VR is difficult and has not been executed particularly well to date. It's unclear whether, or how the VR experience will include social features. One reason for the limited adoption of mobile-based, 360 video VR is the lack of social interaction available on those platforms so far. In the case of VR, the headsets are generally considered to be a barrier between users in the same room, which is problematic at in-person social occasions.

Only somewhat. Because the VR app is available on smartphones, the content will be largely accessible to most audiences, although the VR experience requires users to have a mobile-based VR headset like Google Cardboard or Samsung Gear. Users without a headset will not have a significantly altered experience from simply watching a live-stream.

Not particularly. Mobile-based 360 video VR deployments, while offering more visual freedom than traditional linear broadcast, are not yet fully realized when it comes to interaction. At best, users can turn their head and look around and possibly use gestures to navigate a digital space. 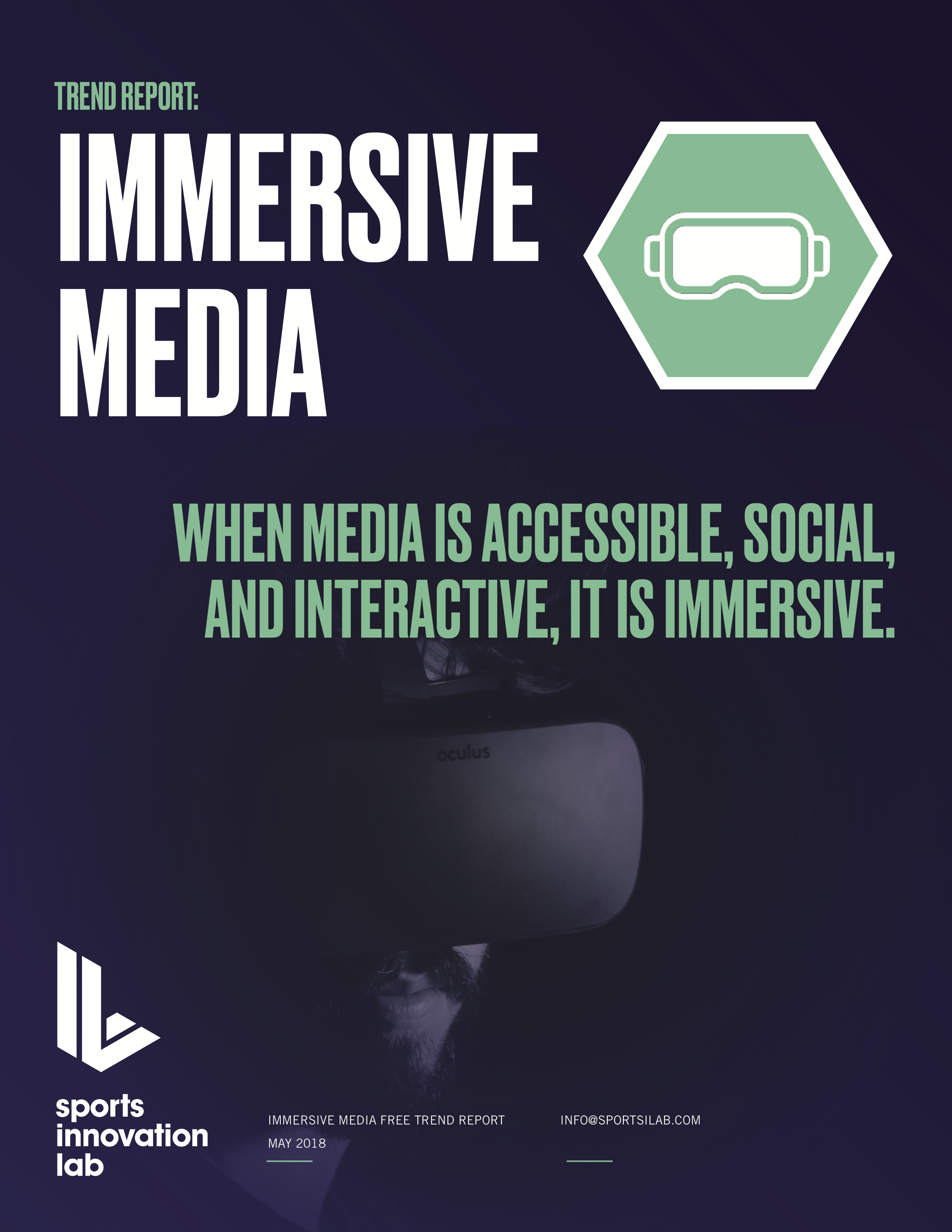