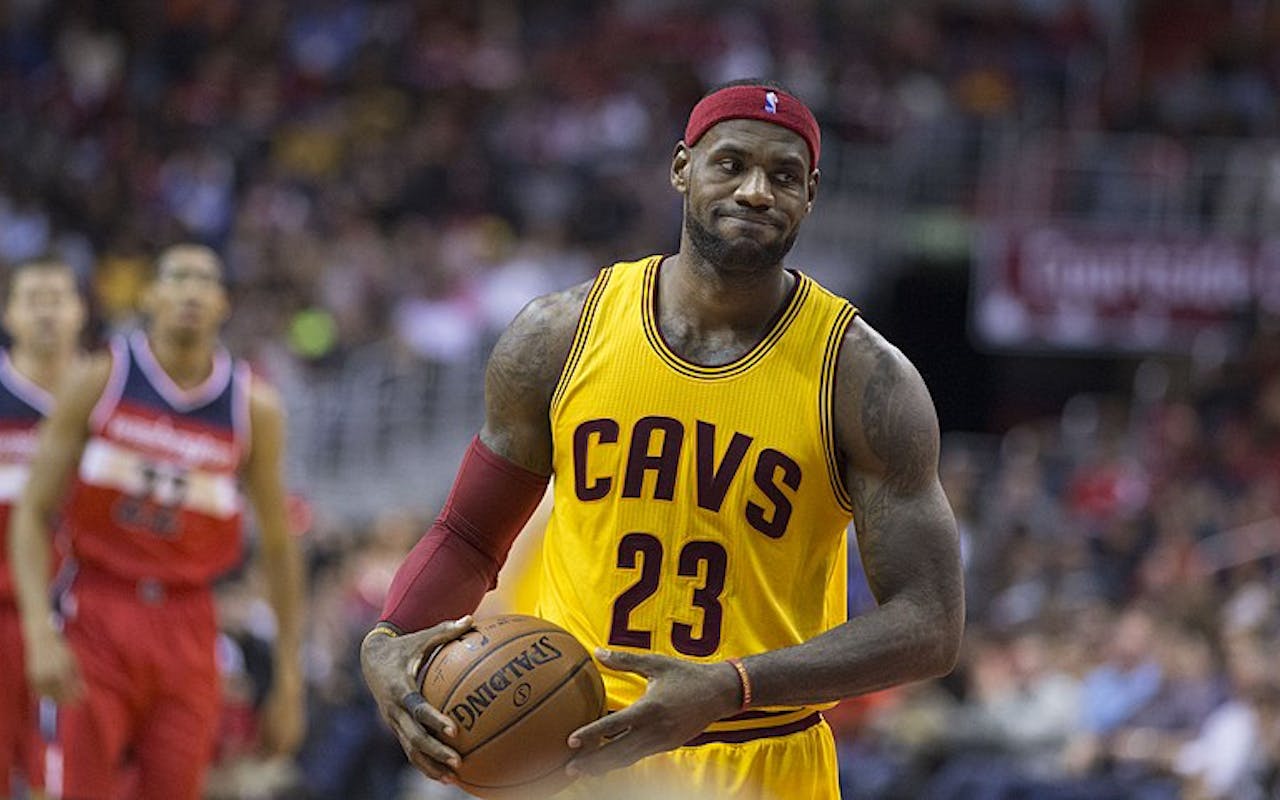 LeBron James - The Exit In The Age of Sports Technology

There's no doubt that LeBron James is one of only the few transformative players in the NBA—the kind of star who can instantly make your team a title-contender. But when you put his brand, his talent, and his audience on a technology platform, things go global. As great as LeBron made the Cleveland team while there, there was an upper limit to his brand visibility on a global scale. Developing global brands and changing the face of media is what Los Angeles and LeBron are all about.

Here are a few ways that LeBron James has leveraged technology to grow his brand before he moved to L.A:

During the NBA Finals, Twitter partnered with LeBron's multimedia company Uninterrupted to produce a streamed halftime show on the social media platform. Streaming on social media opens new affordances that align with our three key criteria for Immersive Media technologies: that the media is social, accessible and interactive. The halftime show could be viewed easily on a phone or any device with Twitter, allowed for in stream chat and conversation, and leveraged the basic interactivity inherent in the Twitter platform. Moving forward, we expect to see LeBron using his Uninterrupted media company in innovative ways like this to highlight his move to the Lakers.

LeBron was announced last May as the cover star for the upcoming edition of the incredibly popular NBA 2K game series. NBA 2K is a very popular sports game title in its own right, but the title made some noise this past year with the launch of the NBA 2K League, a league-wide esports initiative. Viewership of the first inaugural season has been a roller coaster, though the audience seems to be growing. We know that the NBA is working closely with Visual Concepts and 2K on the esports activation, and we're eager to see if and how the inclusion of LeBron as the cover athlete will be leveraged by the burgeoning esports league.

Like other elite athletes, LeBron is not just a star on the court, he's also using his wealth to invest in sports franchises (like Liverpool FC) and in technology companies like Beats, which earned him reportedly $30 million in profit after it was acquired by Apple for $3 billion. According to Forbes, LeBron ranked 39th among the 40 Richest Entrepreneurs Under 40 with a net worth of $275 million in 2016. A year and a half later, Forbes estimates he's added another $170 million, including endorsements.

What We Can Expect Next:

Off the court, LeBron has already amassed a growing portfolio of digital and TV assets under SpringHill Entertainment. As his media interests take root in the entertainment capital of the world, LeBron will be uniquely positioned to gain a larger foothold in the industry and use his celebrity to do so. Aligning his international appeal and broad internet reach in the physical nexus of business and entertainment will thrust LeBron into the spotlight as a media mogul.

As LeBron continues to use technology to grow his global brand, we expect to see even more collaborations between the star and his new team, as they both combine forces to claim more of the global market voice share. Instances in the past where LeBron promoted his own, NBA-independent identity, will increasingly present LeBron the Laker as the new brand, leveraging the strength of both. This will all happen on emerging digital media platforms like Twitter, Instagram, Weibo (China's Twitter), and the newly founded Olyseum, that expand reach beyond traditional linear media channels.

Increasingly, technology is making it easier to evaluate the impact and return of investment on sponsorship, and throughout LeBron's upcoming four years in LA, there will be new technologies to help measure his impact on the value of the Lakers and vice versa. Next-Generation Sponsorship companies tracked in our software portal are already doing this—organizations like Hookit, GumGum, Block Six Analytics, and Hive. Computer vision and valuation technologies will increase transparency on what brands and properties are really worth, evaluating visibility metrics like TV air-time, which LeBron is set to command with his new team.