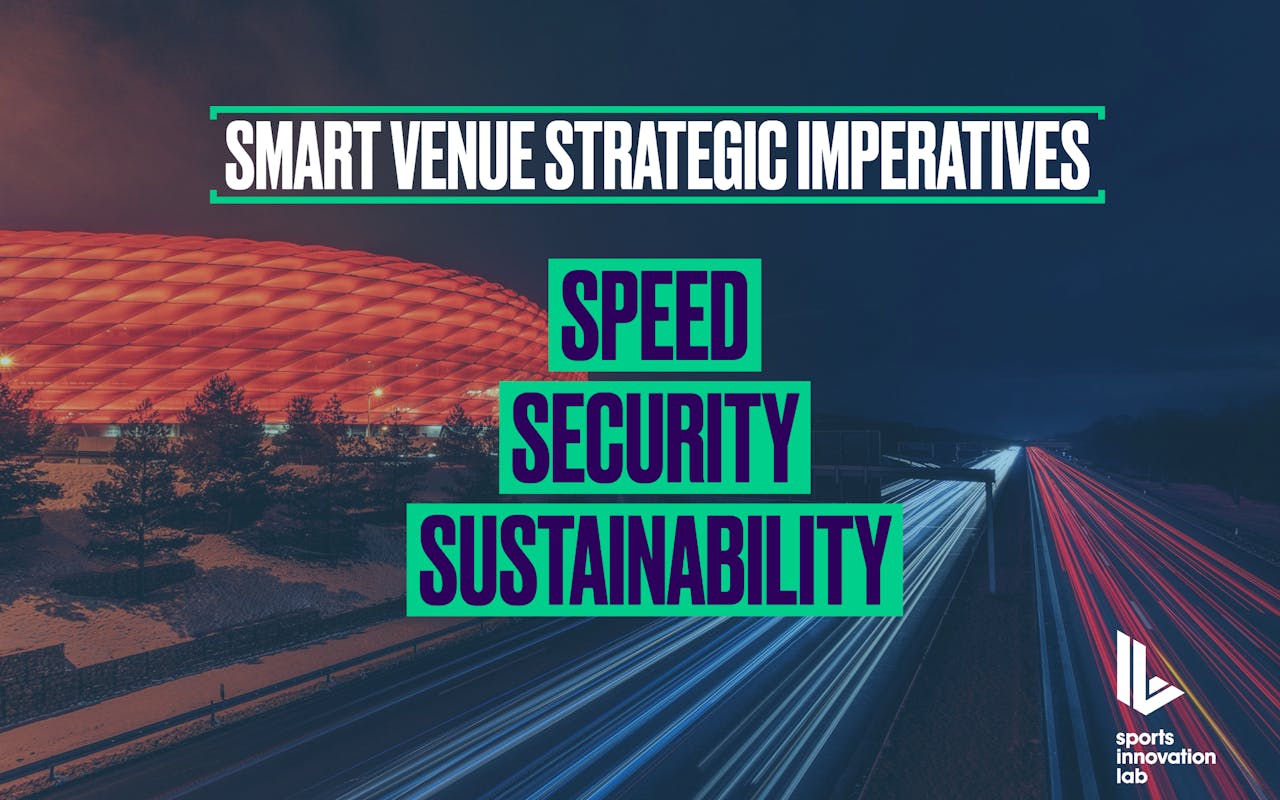 The Future-Proof Venue: What Smart Venues Can Do Today

For years, decades maybe, sports teams and venue operators have looked at investments in their venues as sunk costs. And, for the most part, they’ve been right. When fans love their team they will do anything to be there live. For example, support for the São Paulo Corinthians soccer club runs deep; look no further than this pyrotechnic-filled practice session packed with 40,000 supporters. In 2012 the Corinthians reached the final rounds of the FIFA Club World Cup, which were held in Japan. In order to attend, fans sold their worldly possessions to buy a plane ticket.

However, even for those lucky venues with sold-out crowds, that is only a fraction of the hurdles they face. Teams and properties need to think creatively about how to make their venues exciting today and relevant tomorrow. Preparing for this future requires venue operators to confront challenges today: 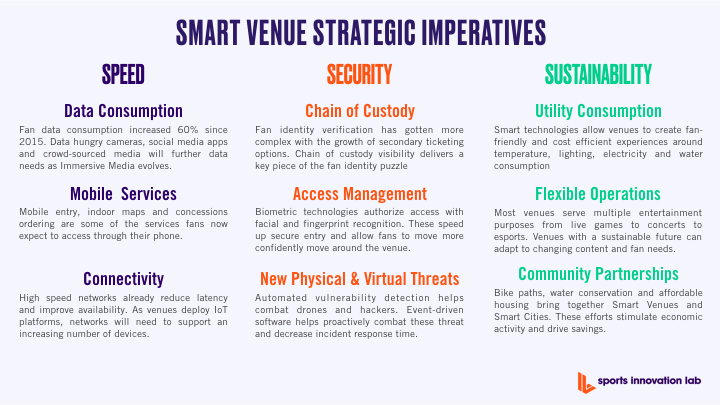 The Smart Venue prioritizes speed, security and sustainability. The result is a safe, unforgettable experience that brings fans back. We’ve created a 3 “S” playbook to help operators and vendors prioritize their innovation strategies:

Currently, venues must simultaneously supply fans with network bandwidth, and power their own operations. Trying to upload a video to Snapchat in a crowded stadium is challenging, and users feel that pain. The frustration of sharing photos and videos has made fans aware of connectivity challenges. Venue operators and staff also feel the pain as they expand their menu of mobile services, support POS devices, and offer immersive experiences. Venues can innovate speed by focusing on:

Do you know who is in your venue? For most venues, the answer is a resounding "NO!" The secondary ticketing market has obscured the link between ticket purchases and actual attendees. Facial recognition technology and fingerprint scans authenticate identity and help keep banned individuals from entering. While these technologies address “who” is in your venue, they do not solve the problem of “what.” Drones and cyber attacks are some of the additional threats Smart Venues must evolve their incident management protocols to address. Venues innovate security through attention to:

Will your venue stand the test of time? Entertainment districts are rising to the challenge by creating spaces designed for multiple sports and events. All of this customization comes at a cost—providing incredible light shows and immersive experiences don’t come cheap. Venues hedge against these costs through efficient reduction of energy, water and plastic consumption. Venues further strengthen their durability by enmeshing themselves in the city around them through mobility and connectivity initiatives. In the following ways the sustainable venue is efficient today, relevant tomorrow and brings value to its community:

For Smart Venues, innovation often starts with improving process efficiency and infusing technology into existing practice behind the scenes and out of the view of the fan. This creates the ability to deliver fan-facing innovation like exciting content for the jumbotron and interactive experiences. Venue operators that focus on refining their speed, security and sustainability will create venues that adapt to the future, create a safe environment, and interweave themselves in the communities around them.