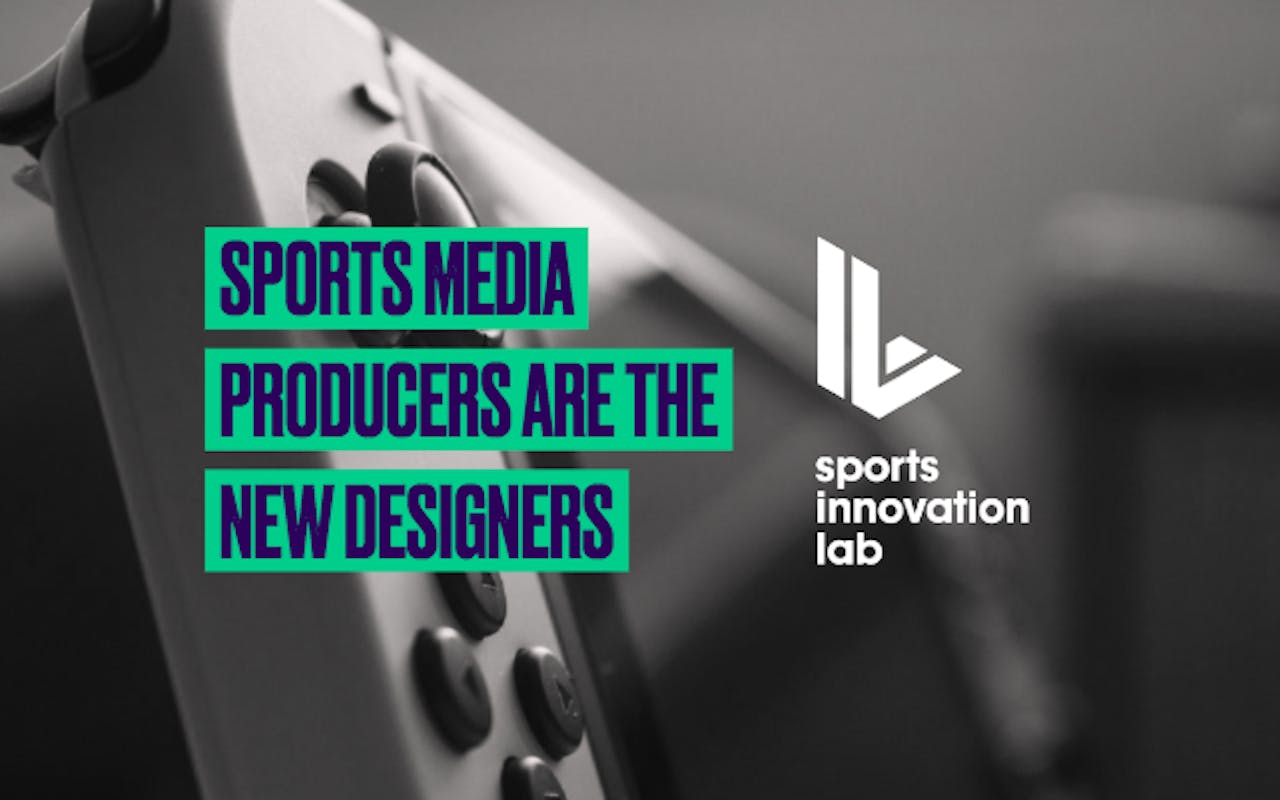 Do is the new watch.

What can your fans do with your content? If your only answer is “watch it” you’ll soon be behind the curve. The future of all sports media is immersive. Forward-thinking companies will need to drastically rethink how they produce sports content, employing best practices and principles from interaction design (IxD). To do that, we believe they’ll need to start thinking like, and hiring game designers. 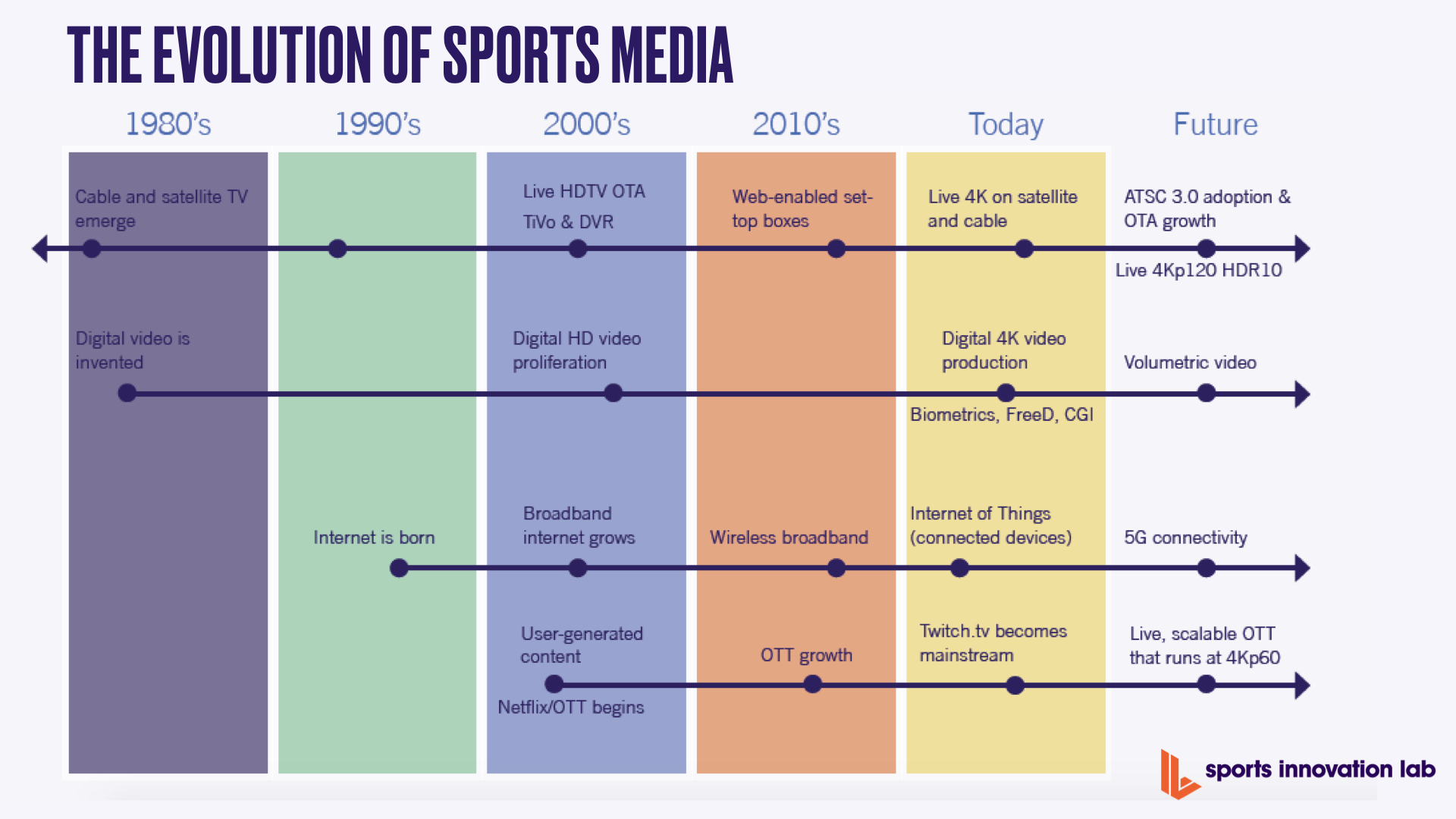 In non-sports media, we already see this approach to design taking hold. Netflix recently launched two interactive video experiences with Bandersnatch and the Bear Grylls survival choose your own adventure You vs. Wild. The livestream platform Twitch has been at the forefront of viewer interactivity design, developing a suite of features from chat, to emoticons and rewards.

Smartphones are the new TVs.

We already know that younger fans are looking to their smartphones for entertainment: 50% of Americans aged 12-17 prefer the smartphone to the television for watching something fun. This will only increase as OTT takes a stronger hold on the sports media industry and as smartphone adoption rates skyrocket globally.

With this mass migration to the smartphone—a device on which consumers are already accustomed to tapping, scrolling, and interacting—delivering a low-latency, high-quality video feed is becoming the bare minimum for consumers. Fans don’t want to just “watch” sports, they increasingly want to “do something” with it.

Commerce is the new ad.

And with this new expectation for interactivity will come new revenue models and monetization approaches keyed directly to how fans interact. From loot-boxes to digital commodities, the way interactive media is monetized is different than the standard ad model driven by eyeballs, Nielsen ratings, and audience size. It’s these new monetization principles that allow a completely free game like Fortnite to make Epic Games $3B in 2018, and FIFA Ultimate Team to generate more than $800M for EA every year.

While interactivity may be new to the world of sports media, game designers have been thinking about what people do for almost fifty years now.

Here are three of the principles of game design that the sports media industry needs to quickly adopt:

Design around Verbs:
For decades, game designers have been thinking in terms of “verbs.” It is literally the response to the question “what can your user do with your product.” Verbs in games vary, for example in the classic Tetris verbs include rotate, drop, and clear-lines. Other more complex games, like the ubiquitous Fortnite, verbs include run, shoot, jump, and build, to name just a few. 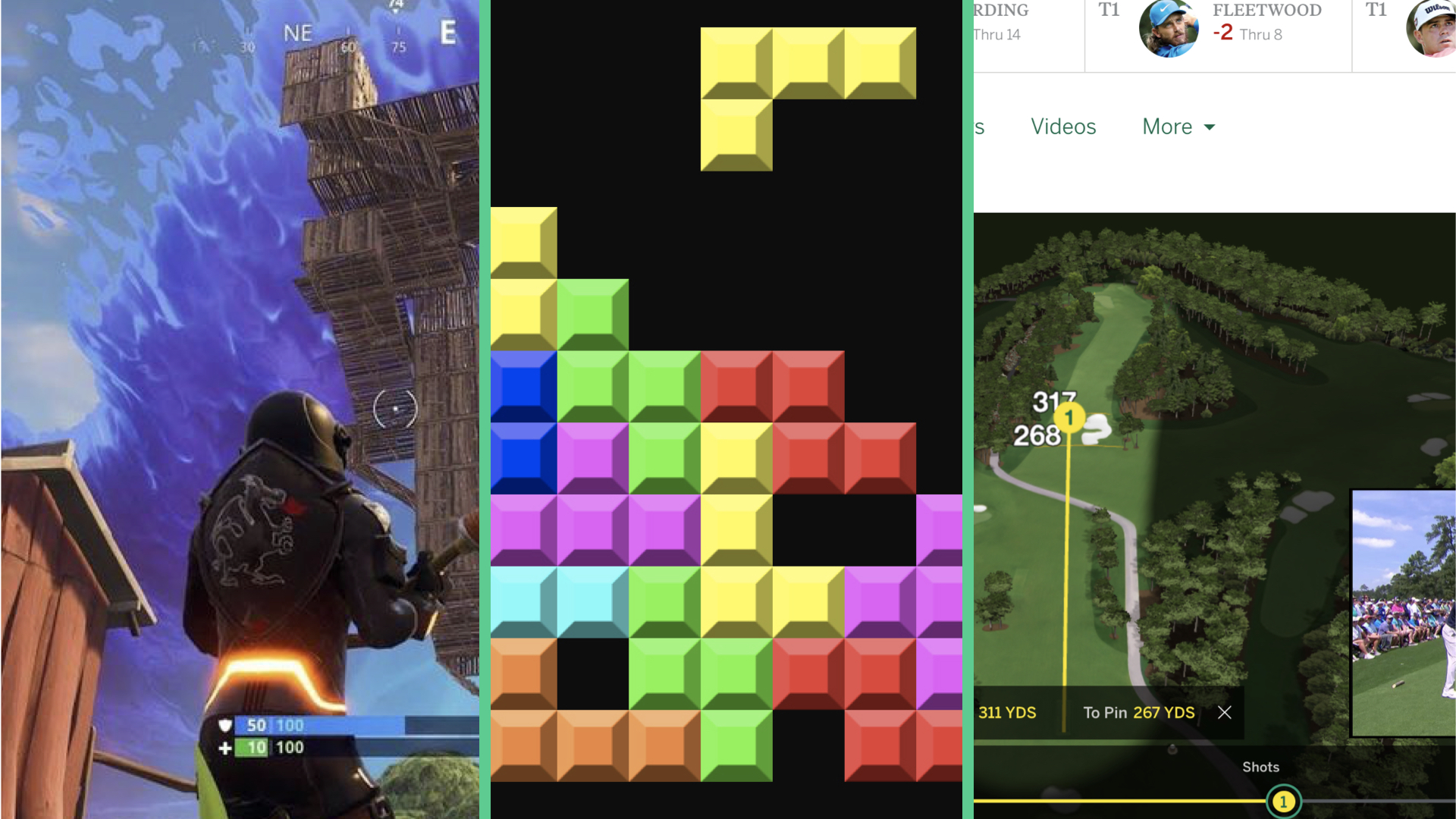 For sports media designers, they’ll need to think about what a new generation of fans wants to do with their media. They may want to “create” or “share,” “compare,” or “analyze.” We recently conducted a teardown of the Masters OTT experience powered by IBM, looking at how it took steps forward for the interactivity of livestreamed sports.

Companies like Maestro and Promethean, both of which cut their teeth in esports, are already considering how interactive video will take shape. We talked with Intel Sports Group about how they are developing immersive sports experiences.

Other companies like Beyond Sports and Genvid see a future where fans may want to pause the action and take complete control—like watching the NFL and playing Madden at the same time.

Embrace Freedom:
Game designers have long known that players will not always do what you want them to. Users who care about your game or media will not only play it, but play with it, looking for opportunities to bend and break your systems. Some of the most successful recent games, like Minecraft or Fortnite, invite that creativity from users and are designed to support freedom. Sports media producers will need to subvert the instinct in the industry to control media, and embrace freedom. For nearly a century, sports fans have been content being fed sports content. But in the new age of sports approaching, fans will want the freedom to play with sports content, and not just consume it.

Focus on Reward:
In game design, the way a system continuously rewards players for their activity is called a positive feedback loop, and it’s one of the most powerful forces in interaction. While in many games the rewards are obvious and explicit—your character grows, you win a prize, you win money—we can see examples of positive feedback peppered throughout all the media we engage with. It’s the hearts, stars, and thumbs up of Likes and Favs. It’s the colorful explosions in Candy Crush. It’s reward points in loyalty programs. It’s follower-counts. But as designers begin to answer the question “what can fans do with our media” they’ll need to grapple with how users are rewarded, and how those rewards promote deeper engagement with their sports property.

Takeaway: As difficult as it has been to produce a seamless streaming video experience, in the new age of sports watching sports will not be enough for fans. To stay ahead, sports companies will need to consider how they are innovating their media to focus on interactivity. To get there, they’ll need to consider how they hire experts from other industries like games to help them shape the future of sports media.