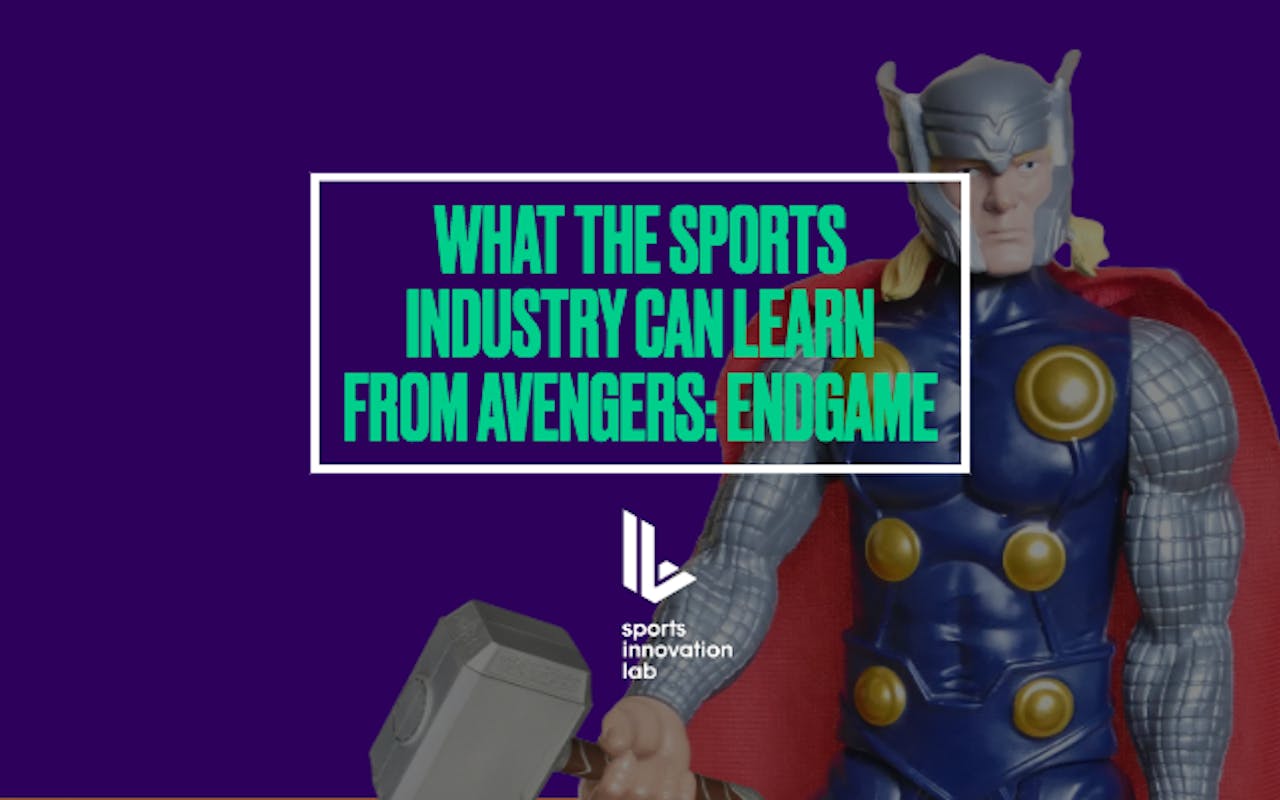 What the Sports Industry Can Learn From Avengers: Endgame

Avengers: Endgame represents a culminating moment for Marvel/Disney, the end of a decade-plus long narrative campaign that stretched across films, books, comics, videogames, television, social, and more. With each of these, the developers went to great lengths to make their media as immersive and engaging as possible, and it has been a worldwide success. 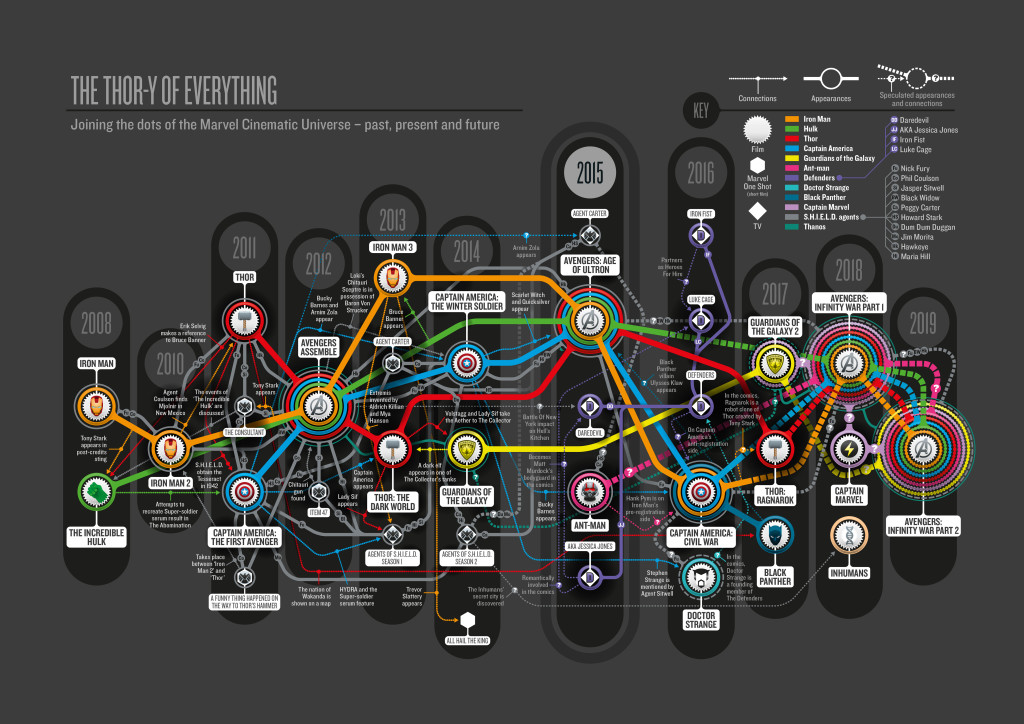 When we evaluate media at the Sports Innovation Lab, we consider three primary criteria: is the media social, is it accessible, and is it interactive? These three criteria define our Immersive Media landscape and provide guidance for how to build the best media possible for engaging a new age of sports fans.

But beyond just considering what each medium does, we recognize that sports properties need to see the bigger picture and consider how to connect all their different media. This “connection” is a major part of why the Marvel Cinematic Universe (MCU) has succeeded to the tune of $18B in revenue.

When Media Connects Around A Theme, Like The Avengers, It Is Called “Coherence”

What holds the MCU together is a big picture strategy with all of the many different pieces working together in a coherent way. Every film, videogame, show, and product, fits into the same big picture strategy—there are no opportunistic “spin-offs,” only pieces of the bigger puzzle. Because of that coherence, fans are in lock-step with the franchise every step of the way, and each experience feeds into the others.

The guiding principle behind a coherent media strategy is called Transmedia, and it’s an approach the sports industry has ignored for too long.

Transmedia recognizes fans want to consume different parts of a story or content, in different ways, with multiple different media forms. Coined by Henry Jenkins in his 2006 book Convergence Culture, Transmedia is about more than just promotion, or spin-offs, or even different forms of media. For a transmedia strategy to work most effectively, an IP owner must look at how to integrate the many different access points and experiences for fans.

In sports, there are some attempts at providing multiple ways of engaging with properties, but the approach is not quite as comprehensive as a fully-realized transmedia strategy. For example, the NBA has its regular season and playoff games on multiple platforms, produced by multiple networks. They’ve got their own NBA TV network. They’ve got the developmental G-League. They’ve got the very popular NBA 2K videogame franchise, which has its esports league. They’ve even started selling portions of a game in their app.

To date, the sports industry has been trying to use new content like talk shows, esports, draft combines, and developmental leagues to simply bridge the gap during the offseason. We know making more is a way to satisfy advertisers and sponsors, but it runs contrary to the core principles of Transmedia which optimized the value of each piece of Marvel’s franchise.

In the new age of sports, a Transmedia strategy is key to embracing fans who are in control and can amplify and add value to a property’s IP. 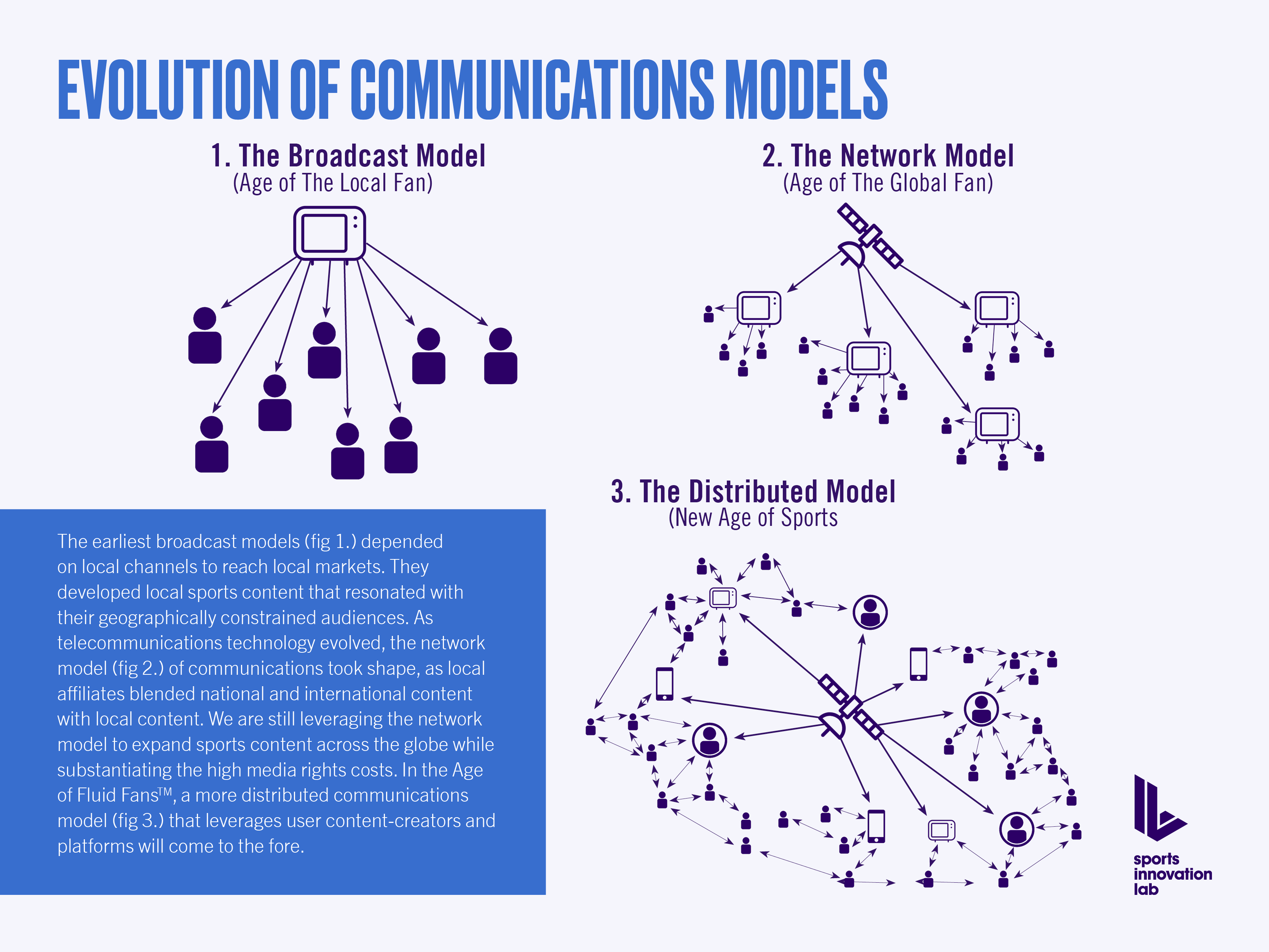 Transmedia sports would have every piece of content working in harmony. The regular season games would have a direct connection with the social media strategy. Documentary series like Hard Knocks would not only cover recent history but would be connected to the current events in the league. Recent moments from in-real-life games would appear in the videogames, like the “moments” feature in MLB The Show. Players would be followed from draft to developmental leagues and onward, with connected content pieces tying all the storylines together. Esports would feature the athletes from the real games, and the real-world teams would be connected to the competitions, much in the way the recent ePremier League was competed.

Takeaway: The entertainment industry has been designing transmedia properties for a while, and the event-driven sports industry has been slow to take hold of the principles, perhaps because of the sense of security that has developed from continuously growth and success. But as we enter a new age of sports, fan expectations for how they engage with their media will continue to change, and the sports industry will need to take lessons from other media properties that are successfully employing transmedia strategies.