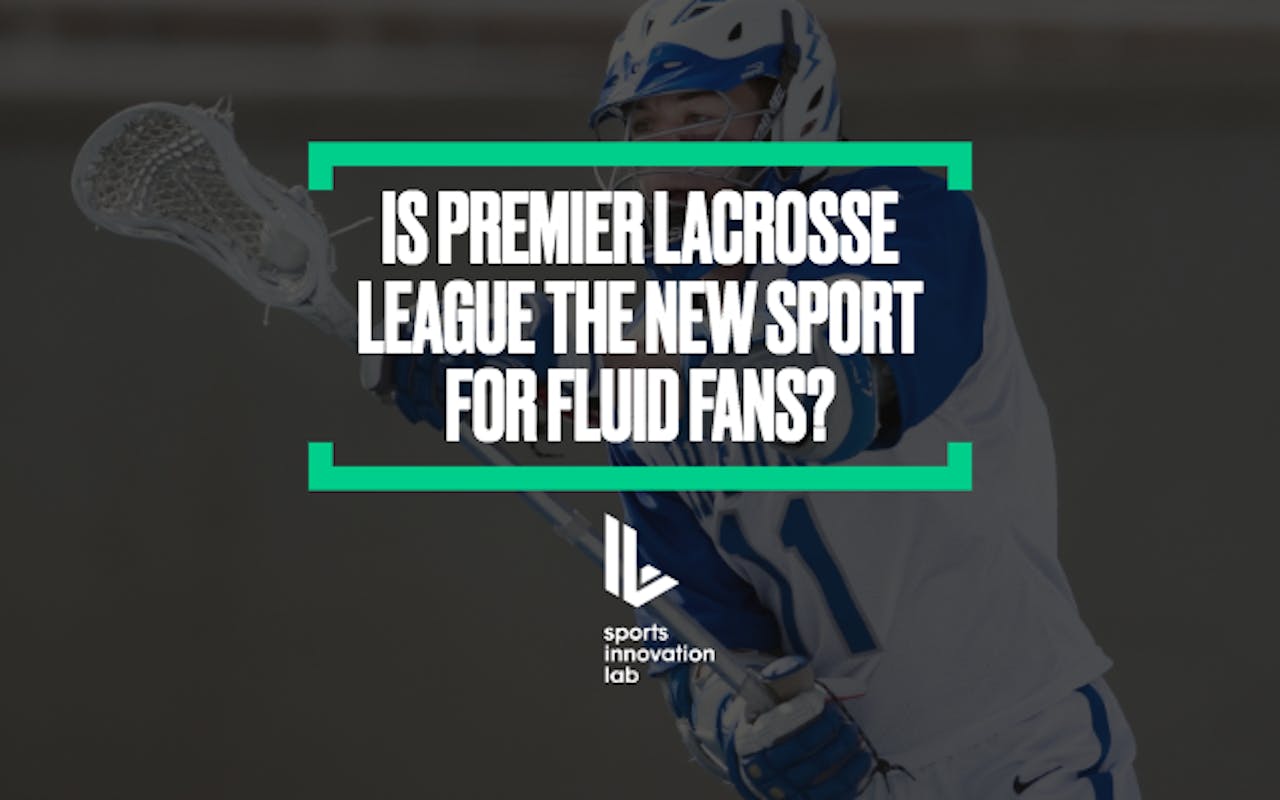 Is Premier Lacrosse League the New Sport for Fluid Fans?

We’ve had our eye on Paul Rabil’s Premier Lacrosse League for a while now. It’s not only because Paul is a Sports Innovation Lab advisor, but because many of the decisions the league has announced in the build-up to their kick-off weekend address the needs of the Fluid Fan. This fluid fan is dynamic, empowered to choose from an overabundance of sports and entertainment content, and capturing attention is increasingly difficult. So how does the PLL address these challenges?

How does PLL build a fan base? They invested heavily in social media first. They focused on emphasizing players to help build the overall brand. They developed a barnstorming “traveling spectacle” model borrowed from the WWE to visit as many cities as possible in the inaugural year. They also worked with Adidas to develop team branding without connections to any geography.

How is PLL changing the broadcast? By borrowing from esports and other emerging sports like the Drone Racing League, the producers emphasized fan access. From player interviews mere seconds after a play, to mic’d up players using helmet microphones, the PLL used media to bring fans closer to the players and the action on the field. What’s more, all of the innovative content was funneled to both the OTT and OTA broadcast as well as to a continuous social media stream.

How is PLL leaning on the smart venue? The live experience is designed to be festival-like and about more than just the action on the field. Tickets were day-passes to all games that day, and there was plenty to take in from player clinics, to a Premier Zone for fans with a beer garden, merchandise, games, and other vendors.

How is the PLL developing immersive media? The broadcast with NBC did some experimenting with production techniques to provide new perspectives on the game. From aerial camera angles to non-interruptive replays and shot speed data, the broadcast was designed to give viewers new broadcast experiences.

How is the PLL developing transmedia? They are embracing a transmedia approach to sports (what’s transmedia?), providing many points of access for fans. In advance of the launch, the PLL produced a training camp documentary ALL IN, they were the first league to announce rosters with Bitmojis, and, throughout the weekend, the PLL pumped content across Twitter and Instagram on channels for the league, for teams, and for players, generating a reported 20M impressions.

What the PLL still needs to do: 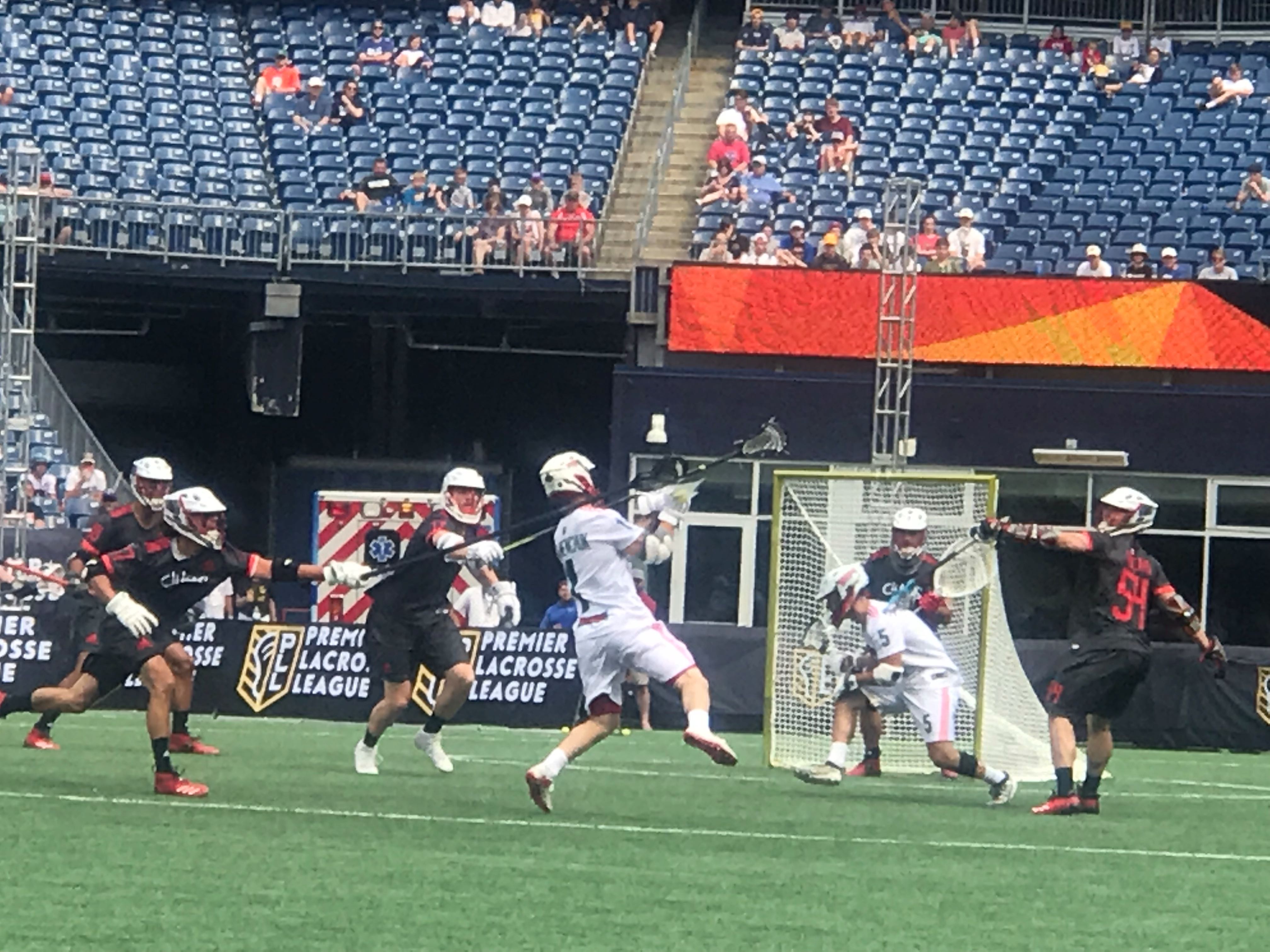 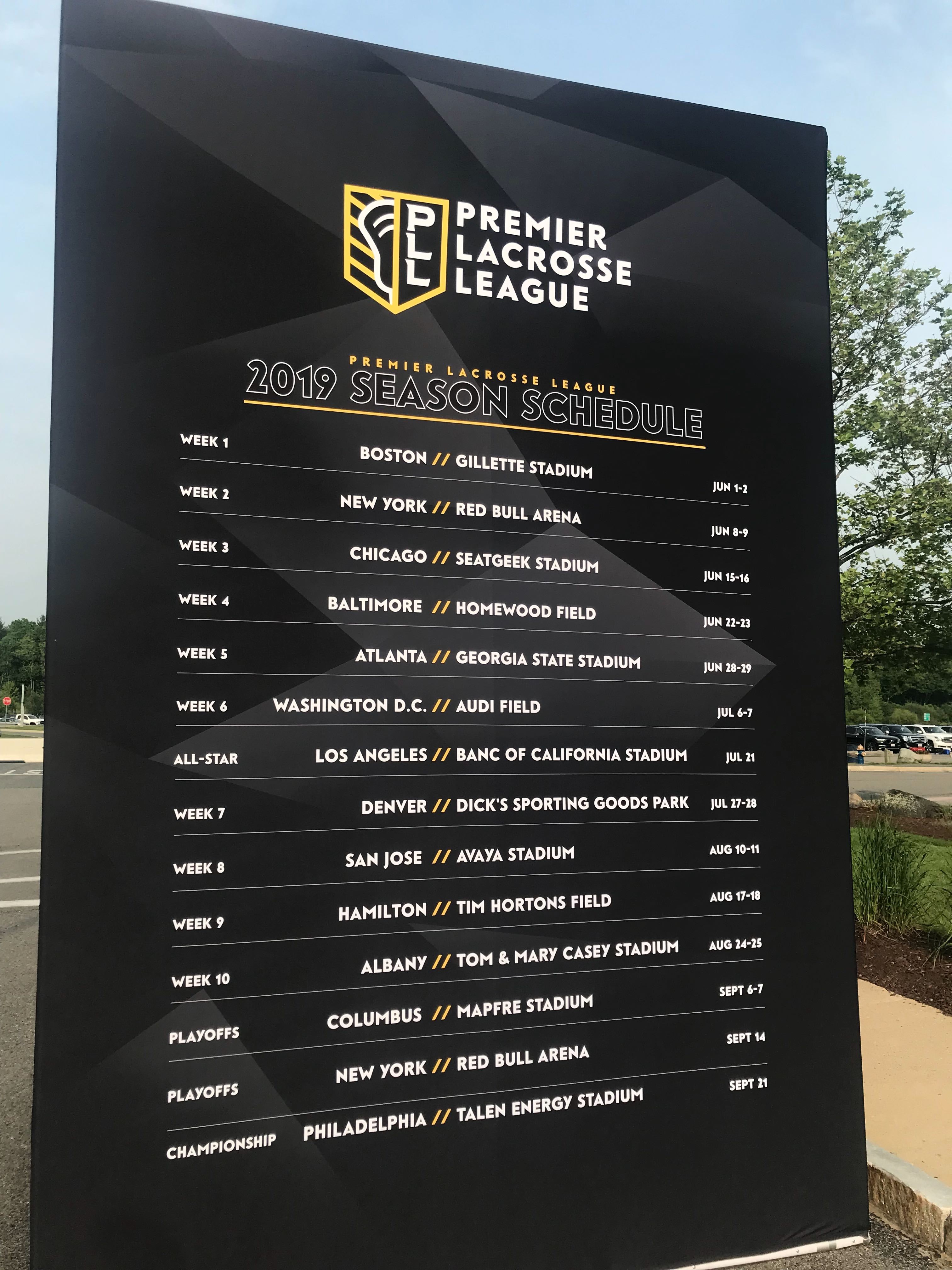 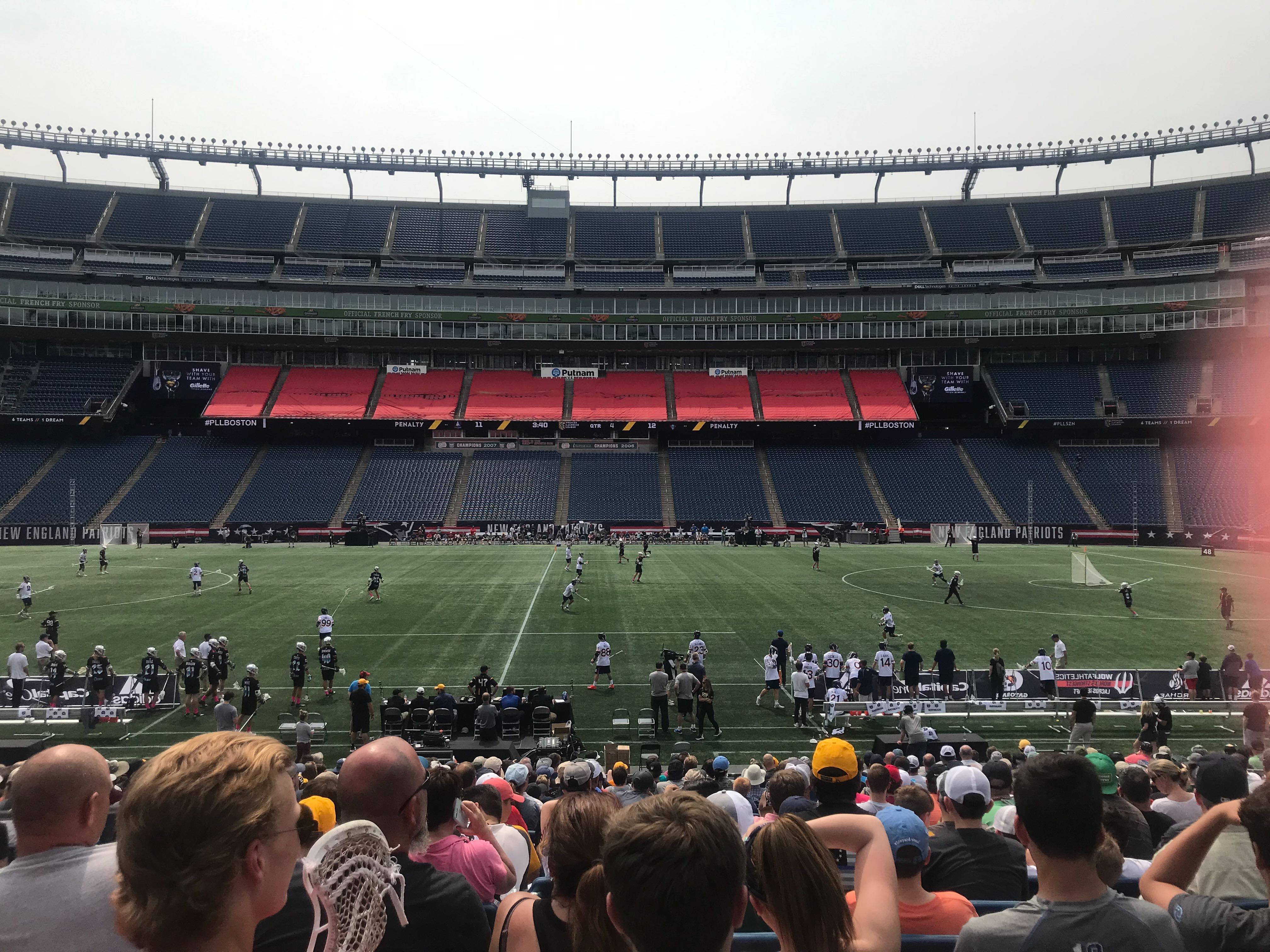 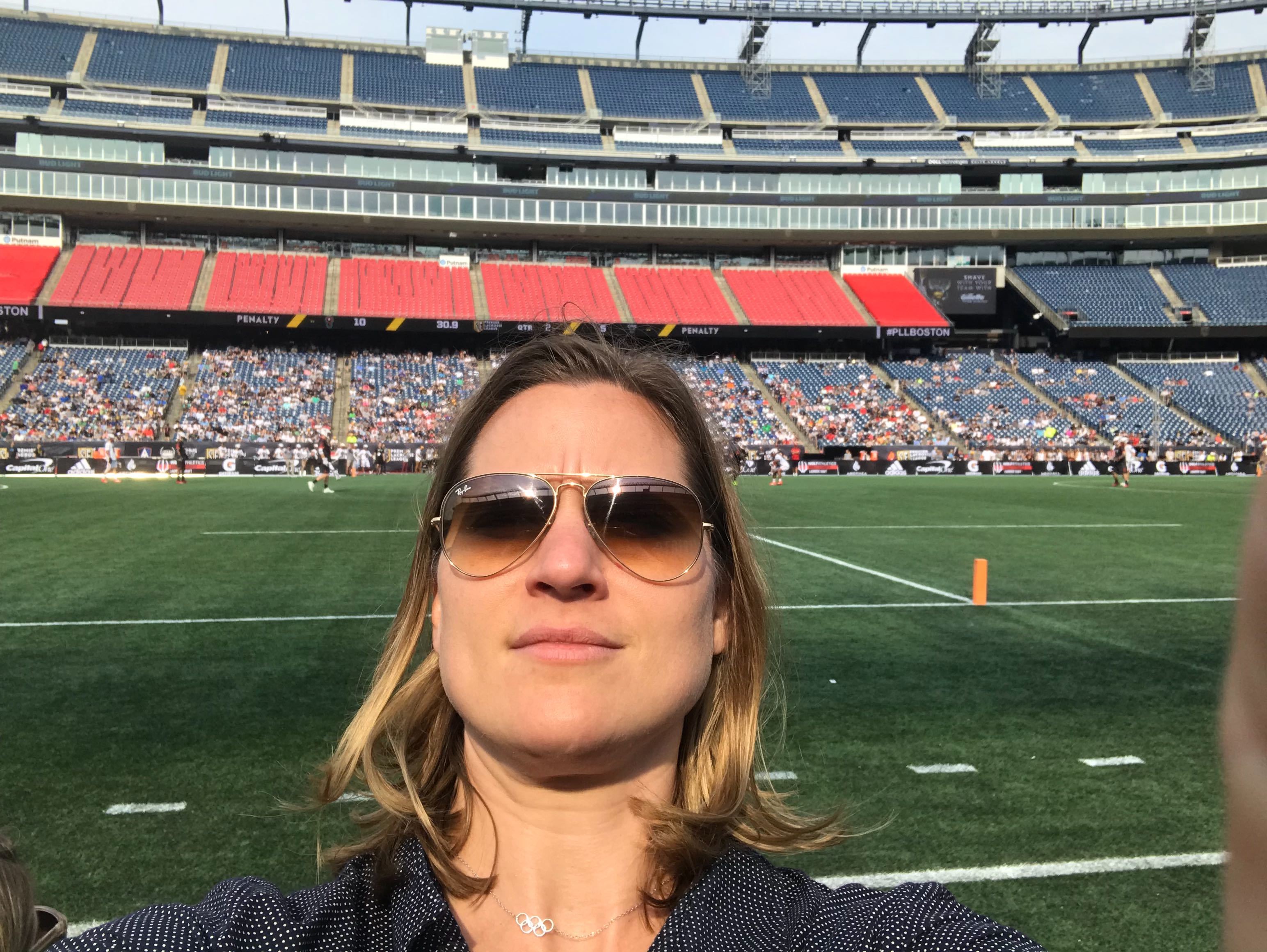