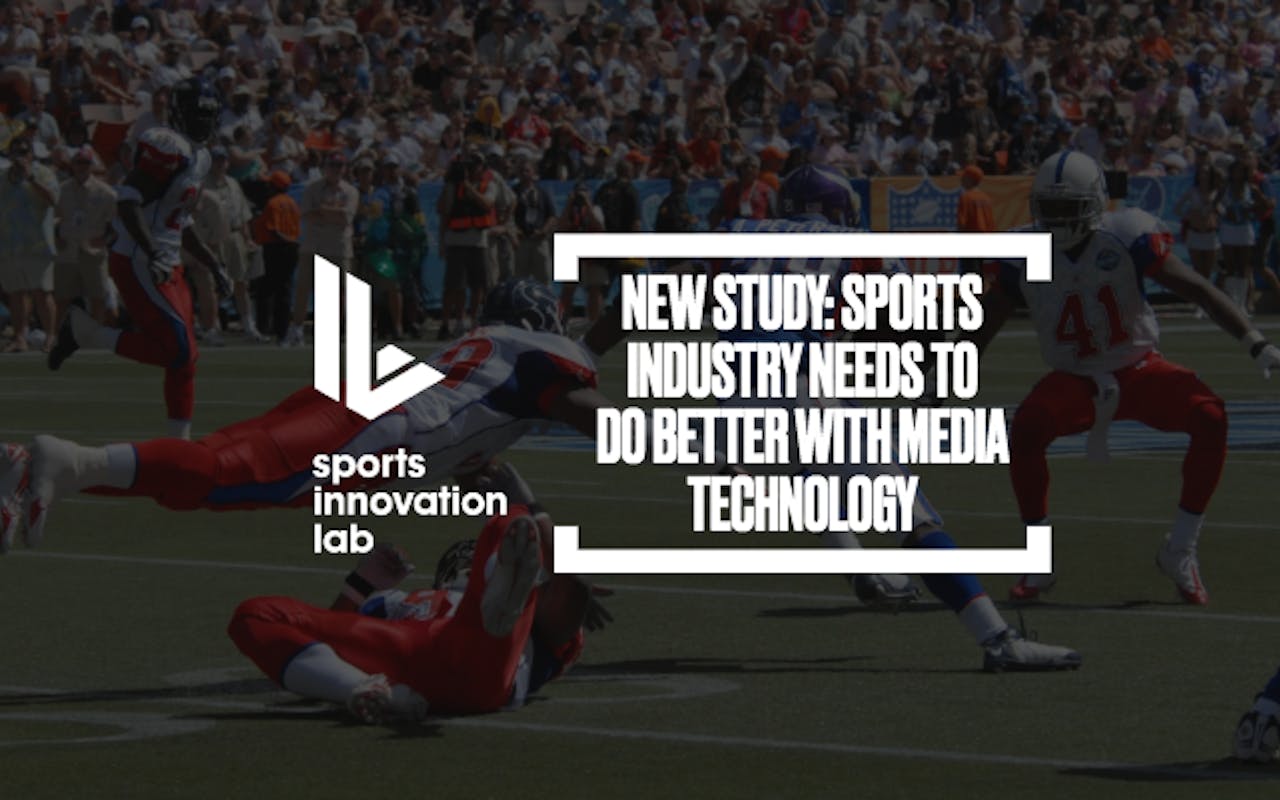 New Study: More Than Half of Sports Professionals say Industry is not Successfully Using Technology in Sports Media

If sports are to continue to compete in the attention economy, it needs to do better with its media technology. A new study from the Sports Innovation Lab shows that the sports industry believes it is not successfully using technology in sports media yet.

At the same time, the study shows that the industry is aware that technology is going to have a significant impact on the future of sports media. A full eighty percent acknowledge the significance of technology on one of the most important revenue streams for the sports and entertainment industry.

Yet, according to the study, more than 50% of sports professionals say that the sports industry is “not successful” with media technology, with only 38% saying that sports media is “successful” with technology. That success is largely tied to sponsorship activation where traditional sponsorship is getting a boost from multimedia venue enhancements and third-party digital platforms. The Sports Innovation Lab believes one of the biggest areas of technology innovation in sports media that is still sleeping is e-commerce. Respondents agreed e-commerce was indeed the area where the industry has been “least successful”. 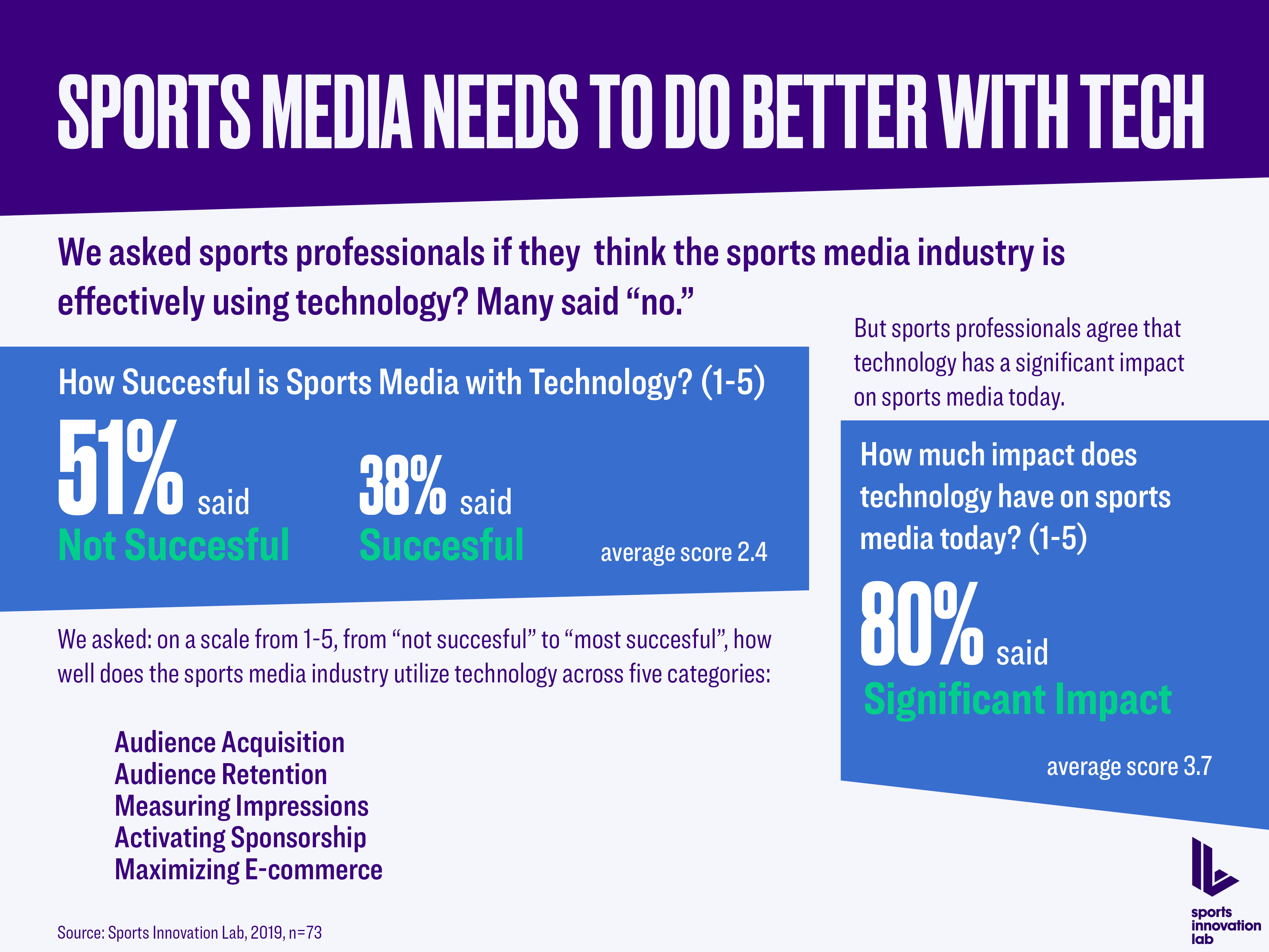 On the heels of a vibrant discussion with our Sports Innovation Lab Immersive Media Leadership Board, the Lab solicited additional feedback from industry professionals to compare and contrast opinions about the state of the sports media industry.

Seventy-three (73) self-identified professionals in the sports industry were asked a set of 5, two-part questions about the success of the industry with media technology, and about how impactful technology is on the industry. The questions focused on five key parts of the sports media ecosystem: Audience Acquisition, Audience Retention, Measurement of Impressions, Activation of Sponsorship, and E-Commerce. The questions were 5 point likert-scale questions, with a mark of “1” being “not successful” or “not impactful" and 5 being “most successful” or “most impactful.”

The group paints a portrait of a sports media industry primed for disruption from technology, with only 38% of respondents saying the industry is succeeding with technology, with an average score of 2.4 out of 5, while the vast majority, 80%, say technology is having a major impact on the industry. Those two findings show that the professionals in sports know that the industry needs to improve and that technology will drive that change. How many of these folks have a strategy to deal with this disruption?

According to the group, the category with the most technology success is sports media is “Activating Sponsorship” which garnered an average score of 3.3 out of 5, the only category to rake above a 3. The least successful category when it comes to technology was E-Commerce, which scored a 2.6.

When asked about the impact of technology on sports media, the group was more optimistic, with an even 80% saying that technology is already “impactful.” The average score of 3.7 out of 5 also shows more optimism for the role technology will have on the industry.

The Immersive Media Leadership Board program being run by the Sports Innovation Lab is charged with addressing the immediate need for new immersive media experiences in sports, and developing a road map of best practices for the future of the industry. Immersive Media Board members are: